Home / WOW / Beauty in the Blurry

Beauty in the Blurry 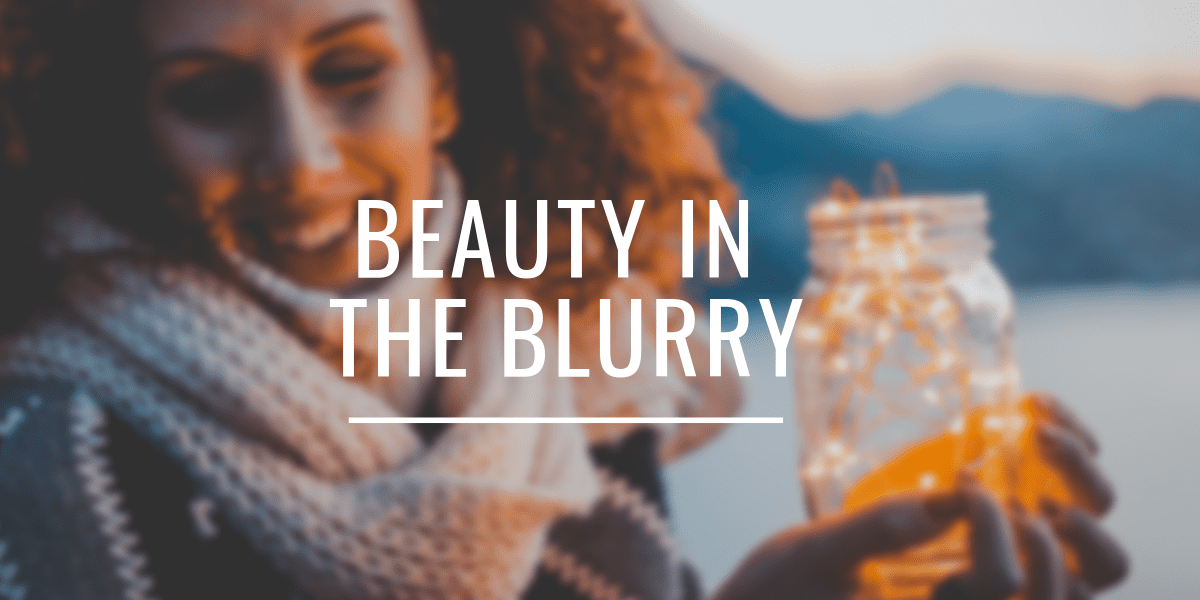 To some I’m considered young, to others old. I’m the age where I can remember tape cassettes, dial phones, VHS players, and television sets with antennae. I can remember going to the store and my mom paying for groceries by writing a check, or when we were lost in the car and actually had to pull out a map.

But one of my favorite things that I remember from childhood, was the day when we picked up pictures from whatever store produced the film.

Unheard of these days, isn’t it?

See, I’m at the age where I remember what it was like to take pictures with film. Perhaps during a vacation, or a simple family gathering, or even just day-to-day pictures. It was a bigger deal for the camera to be pulled out, and after one or two pictures were taken, we would go back to spending time with one another. Or we would ration out pictures because the dreaded whirring sound and “there’s no more film in the bag” was an often occurrence.

It was simpler, and to be honest, I kind of miss it.

Now don’t get me wrong, I think it’s wonderful how easy it is to take pictures and videos. They can be used to cherish memories, promote a business, or share with friends and family, among other things—but I think in the ease we have lost something special.

A few weeks ago I was at a Green Jackets game with my sister and her family. My nephew had climbed into my lap and wanted to take a picture. I pulled out my phone and then he quoted one of his favorite movies, “Toy Story.” It was unexpected and had us both laughing, my finger hit the button and the result was a blurry, smeared image.

My first instinct was to delete it and take another. Somehow that never happened and as I was going back through the pictures on my phone I found it. As blurry as it is, its one of my favorites.

It reminds me of the laughter, of him being four years old and cracking a joke. It reminds me of a summer night with family. It’s a simple, imperfect, blurred image, and yet, I treasure it.

With the changes in cameras, we seem unable or unwilling to share the blurry images. We forget with the ease of taking pictures, that even the blurry ones are special.

As I was looking at that blurred picture, both of us laughing, I realized something. Too often I treat God’s Word like a perfect picture. I search for that verse that will speak to my heart, all the while forgetting that every single word is God-breathed. That means that there is a reason and importance for those passages of the Bible that seem unclear or boring. If you have read through Leviticus then you know what I am talking about.

But the Word is about more than just small passages that make our hearts feel good. It is a picture, a woven tapestry too grand and too large for us to see.

With the ease of technology, I can read the Bible at any time and anywhere. I get that notification in the morning with the verse of the day and read it before carrying on, but do I savor it? Do I take the time to breathe it in?

Perhaps my encouragement for you today is to simply open the Word in awe of who the Lord is. Sit still. Seriously, close your eyes and breathe for a moment.

Now read this passage from Job and dwell on these words.

“Where were you when I laid the foundation of the earth?
Tell me, if you have understanding.
Who determined its measurements—surely you know!
Or who stretched the line upon it?
On what were its bases sunk,
or who laid its cornerstone,
when the morning stars sang together
and all the sons of God shouted for joy?” – Job 38:4-7

Perhaps you’re like me and you have problems you are facing right now. I don’t know what they are, but you know them. You know them so well that they pray upon your mind daily.

Now, take a moment to read that passage from Job again. Let those concerns and worries drift just a bit in knowing that God is sovereign and mighty. Allow His infinite wisdom and power to lead you into a state of awe—to a place where those problems become a bit blurry in the grand picture of His plan.

So for whatever you are facing now, for the confusing, for the frustration of not understanding, step back and relax. Embrace the blurry and know that the Lord makes all things beautiful.