Home / WOW / What Seasons Your Heart?

What Seasons Your Heart? 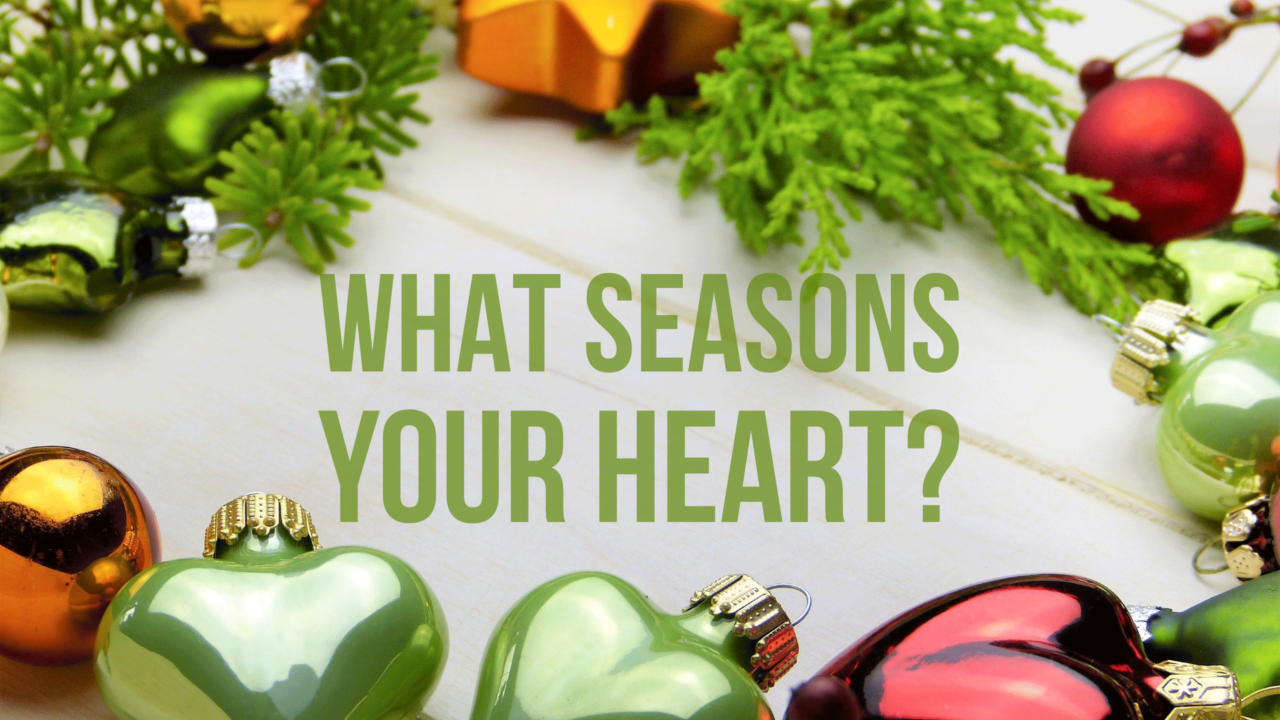 Love and hate. War and peace. We crave both love and peace, but often exchange them for hatred and war. It’s in our sin nature to nurture the desires of the flesh—our own wants, perceived needs, our own way. These lead us away from love and peace and season our hearts with hate and war.

I’ll be honest and say, though, that I was confounded a bit when I first began to study verse 8. How can the Bible suggest that there would ever be an appropriate time for hate and war? After all, isn’t the Bible all about love—God’s love? On the contrary, there is an appropriate time for both hate and war. Jesus hates sin and unrighteousness; He hates all evil in the world. He hates sin, but loves the sinner.

We, too, can hate sin yet still love. In fact, we are to love, pray for and share Jesus with sinners as Jesus did, but that doesn’t mean we must love what they do. No. We can hate that. And while hating the sin, we can go to battle and wage war on a person’s behalf through fervent prayer.

That kind of fervent prayer is all out warfare, so we must be prepared spiritually, covered in the full armor of God. Our minds must be prepared to resist evil, our hearts padded with God’s promises. We must be firmly planted in warrior stance for battle, with a holy gaze toward God, acknowledging His power to defeat the enemy. 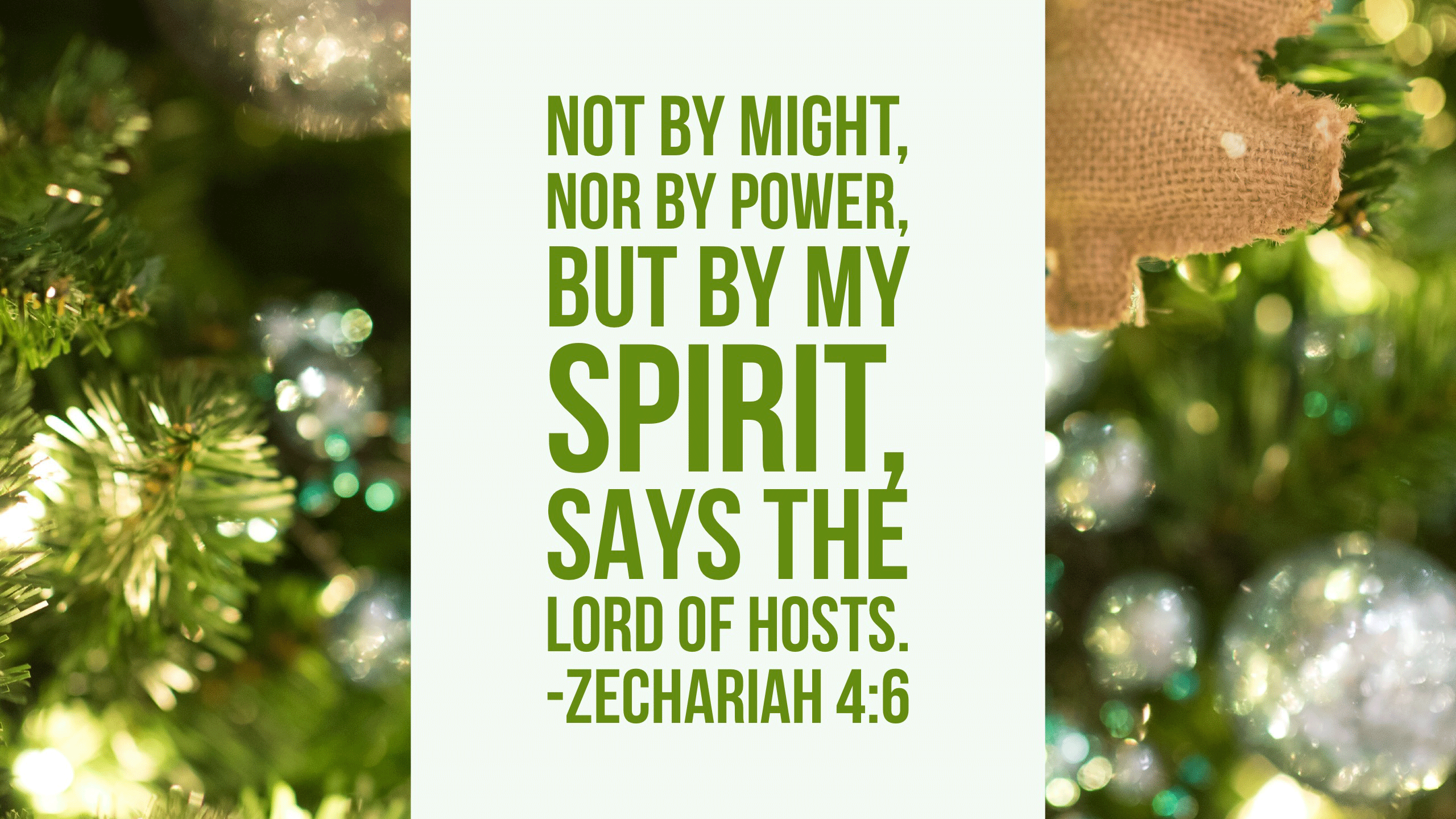 Fasting is also often called for during such intense times of prayer, as denying ourselves keeps the flesh in full submission to the Spirit of God, helping us pray in the Spirit’s power.

Yes, war and hate are part of the believer’s seasons. And these times intensify our desires for love and peace, making us long for our hearts to be seasoned with that which is good and pleasing to the Lord.

I am reminded that Jesus came for hatred and war. He came to end these things. Baby, born in a manger, created to be King and Ruler of heaven and earth—Jesus came to bring unconditional love and to make lasting peace. But the power of His love only broke forth after the hatred of many and a bloody battle on the Cross. He waged war for us so that we might know true love and lasting peace.

Revelation tells us that another bloody battle will take place in its proper season. This war will be final. Peace will be experienced for eternity and hatred will be no more.

Then I saw heaven opened, and behold, a white horse! The one sitting on it is called Faithful and True, and in righteousness he judges and makes war. His eyes are like a flame of fire, and on his head are many diadems, and he has a name written that no one knows but himself. He is clothed in a robe dipped in blood, and the name by which he is called is The Word of God. And the armies of heaven, arrayed in fine linen, white and pure, were following him on white horses. From his mouth comes a sharp sword with which to strike down the nations, and he will rule them with a rod of iron. He will tread the winepress of the fury of the wrath of God the Almighty. On his robe and on his thigh he has a name written, King of kings and Lord of lords. Then I saw an angel standing in the sun, and with a loud voice he called to all the birds that fly directly overhead, “Come, gather for the great supper of God, to eat the flesh of kings, the flesh of captains, the flesh of mighty men, the flesh of horses and their riders, and the flesh of all men, both free and slave, both small and great.” And I saw the beast and the kings of the earth with their armies gathered to make war against him who was sitting on the horse and against his army. And the beast was captured, and with it the false prophet who in its presence had done the signs by which he deceived those who had received the mark of the beast and those who worshiped its image. These two were thrown alive into the lake of fire that burns with sulfur. And the rest were slain by the sword that came from the mouth of him who was sitting on the horse, and all the birds were gorged with their flesh. – Revelation 19:11-21

But right now, today, we enjoy the season of Christmas.

Christmas—a season of love and peace, not war and hate. Christmas— a chance for us to extend forgiveness, cease fighting, and turn from hatred. Christmas—a time to share the greatest love-gift from God to the world with others. This season more than any other time of year affords us the opportunity to tell others about the Savior of the world.

Isaiah 9:6 says, For to us a child is born, to us a son is given; and the government shall be upon his shoulder, and his name shall be called Wonderful Counselor, Mighty God, Everlasting Father, Prince of Peace.

Jesus was born to carry the weight of the world on His shoulders, crucify our sins on the Cross, and bear our burdens daily as we come to Him.

What is weighing you down today? During this time of love and peace, what seasons your heart? Do sins and burdens leave you bitter or does the peace of Christ rule your heart, making your words sweet and pleasant.

I encourage you to share Christ’s love and peace this Christmas. Extend forgiveness. Accept forgiveness. Give unconditional love. Tell others about Jesus—God’s greatest love-gift to us all. Allow your heart to be seasoned with the treasured tastes of the Fruit of the Spirit—love, joy, peace, patience, kindness, goodness, faithfulness, gentleness, and self-control. (Galatians 5:22-23)

And above all these put on love, which binds everything together in perfect harmony. And let the peace of Christ rule in your hearts, to which indeed you were called in one body. And be thankful. – Colossians 3:14-15

With Grace and gratitude to you this Christmas,

To read more from Jacqueline, visit her blog, jacquelineheider.com