Home / WOW / Flint for the Fire

Flint for the Fire 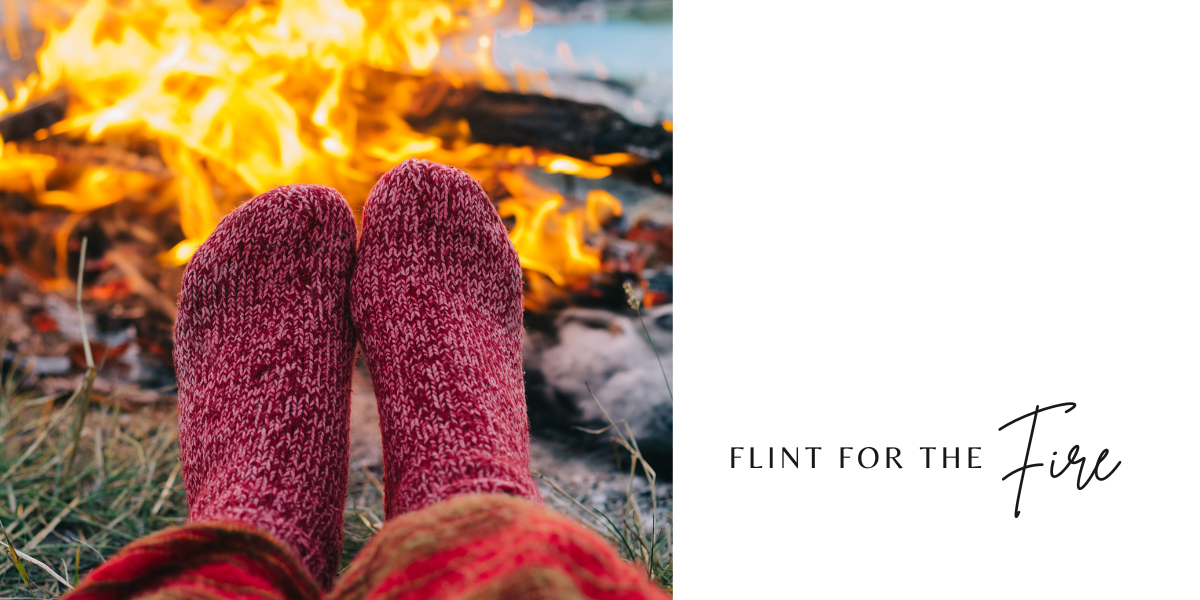 I was told this once after a rather long and grueling swim practice. The years of training had kept me going, I had finished the set, but it was true, my spark was gone. There I was, an experienced swimmer with more than twelve years under my belt and thousands of miles in the pool behind me, and I had lost my spark. The drive was no longer there. I had “burned out.” The drive and desire had disappeared. The thrill of competing was gone—I was tired and no longer awed by the sport. Swimming no longer held my heart.

It was God’s plan to send me elsewhere—I see that now, but in this current season of life, I’ve found myself focusing on that spark. Someone once told me that when the “awe” of God is lost, you will begin to feel that spark weaken. It’s true though, isn’t it? That when the world becomes more about you, the less you want to be in it?

Allow me to tell you a bit about something I have been studying lately. The tabernacle— that wondrous, mysterious, glorious place which God instructed Moses to build in the dessert. It was the place where, once completed, God dwelled among His people.

In awe of the intricacies of the Tabernacle, my passion for the Word was ignited once again as this study reached the point of the Holy of Holies, or the Most Holy Place. There, behind the veil rested the Ark of the Covenant. It was the Most Holy Place, a place where on the Day of Atonement the High Priest would enter into the presence of God, but not before incense filled the air.

So that he does not die…?

So that he is not separated from the Lord.

So that Israel, God’s people will be washed clean of their sin.

There are so many parallels in the tabernacle that amaze me. They line up so directly, pointing to Christ that my passion for this Living Word has been reignited.

You see, there within the tabernacle the High Priest would slaughter an unblemished animal, take the coals from the Altar of Burnt Offering and use them to burn incense before the Lord. Those very coals went behind the veil before the High Priest entered, they filled the air, covering the place where he would meet with God.

And this shall be a statute forever for you, that atonement may be made for the people of Israel once in the year because of all their sins.” And Aaron did as the Lord commanded Moses. –Leviticus 16: 34

Now let’s jump ahead to a new covenant. One made in the blood of Christ on the cross. There the Lord sacrificed His life for His people. Taking on our sin, that we might stand before the Lord unblemished. That we might meet with the Lord in that Most Holy Place, not just once a year, but daily.  For the veil placed a barrier between the Holy place and the Most Holy Place, signifying a separation from God and His people. But upon Christ giving up His life, the veil was torn.

And behold, the curtain of the temple was torn in two, from top to bottom. And the earth shook, and the rocks were split. –Matthew 27:51

A new covenant was now in place. And now, by being washed in Christ’s blood we can enter into the Most Holy Place, we can meet with Him in prayer and thanksgiving.

Allow me to take us to one other place in Scripture. In John 20 we find Peter and John running for the tomb. They have been told that Christ is no longer there.

Both of them were running together, but the other disciple outran Peter and reached the tomb first.  And stooping to look in, he saw the linen cloths lying there, but he did not go in. Then Simon Peter came, following him, and went into the tomb. John 20:4-6

Just like that, Peter enters into this new Most Holy Place. The place where Christ laid upon the mercy seat, and two angels guarded over Him, one on the right and one on the left (John 20:12). I don’t profess to know everything, but I find it amazing that this thought would come to mind while studying Scripture. That the man whom Christ said was the rock of the church—Pete—would be the first to enter into the Most Holy Place.

The sacrifice was made, and the veil was torn. A man, a simple disciple entered into the presence of God. (Matthew 16:18)

Doesn’t that amaze you?

My encouragement today is that you would enter into prayer with thanksgiving and awe for who God is—for His power, His might, His majestic plan. Ask Him to light the spark of your heart by the wonder of who He is.

God tore the veil to dwell with you. Perhaps now you can sing the words from Elevation Worship’s song, “Resurrecting” with new meaning:

By Your spirit I will rise
From the ashes of defeat
The resurrected King, is resurrecting me

Enter into prayer, your incense ignited by the blood of Christ that washes you, and know the fire is an eternal flame that will never go out!

Therefore, brothers, since we have confidence to enter the holy places by the blood of Jesus,by the new and living way that he opened for us through the curtain, that is, through his flesh, and since we have a great priest over the house of God, let us draw near with a true heart in full assurance of faith, with our hearts sprinkled clean from an evil conscience and our bodies washed with pure water. Let us hold fast the confession of our hope without wavering, for he who promised is faithful.—Hebrews 10:19-23