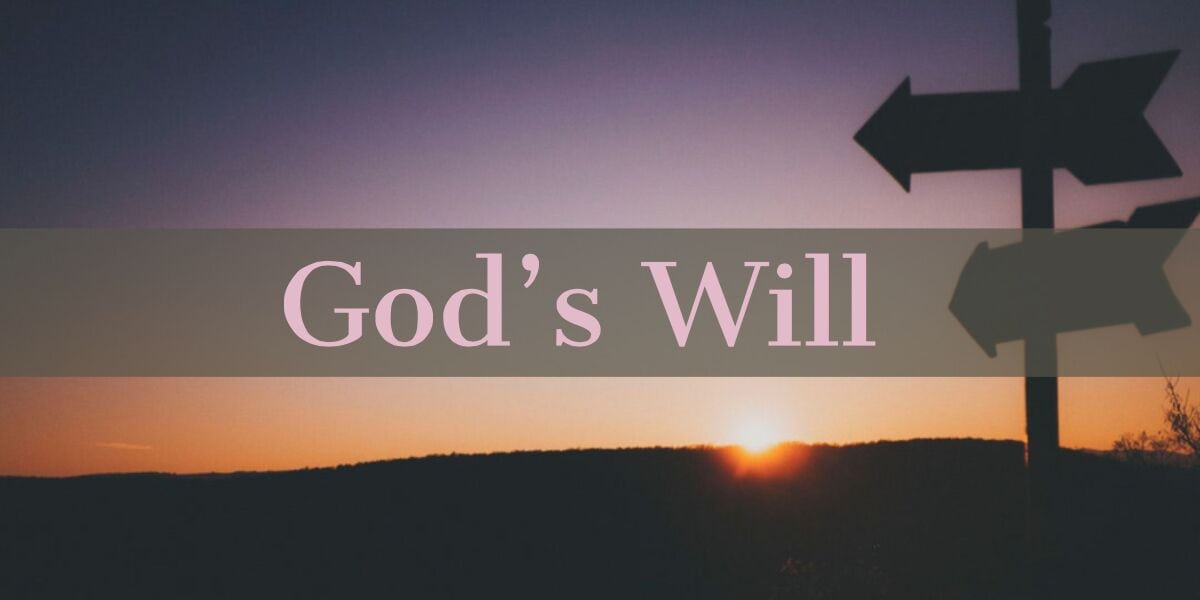 “I just wish God would tell me what He wants me to do!”

We hear people say this all the time; we’ve said it ourselves! Those of us who are church-going, God-seeking Christians desire to do God’s will, but sometimes it seems so evasive. Why is that? “Many are the plans in a person’s heart, but it is the Lord’s purpose that prevails.” Proverbs 19:21 (NIV).

It’s true that we have many plans. I’m a planner. I plan my year, my months, my weeks and my days. There are lists, post-it notes, and more lists. I live by my calendar and my planner. It’s how I get things done. But despite all my efforts to organize my activities, there is something missing if I haven’t sought God’s ways and his purposes.

I used to wonder what God’s plan was for me. I frequently stated that I wish He would just tell me what He wants. Then I came upon Proverbs 16:3, “Commit your works to the Lord and your plans will be established.”

Most days the path seems common, nothing unusual. But occasionally He has something bigger in mind. It’s a matter of being willing to wait for those moments and not to jump ahead and make a plan that isn’t His. It’s a challenge, especially for the planner, organizer, list-maker in me. But the wait is important.

In other passages, we’re told to “wait patiently”. It’s not easy to be patient either, is it? That’s why we have to be strong and take heart and be patient because it’s not easy. We want to make our own plans and move forward. Waiting seems so non-productive. Waiting is a two-way street. While we’re waiting on God, He’s waiting for us to become useful to Him. He’s waiting for us to rely fully on Him; to seek Him with our whole hearts; to be obedient in the small things He has given us to do in our daily lives. He’s waiting. We’re waiting. We’re wondering, “What is He waiting for? Why doesn’t He give me direction?” He’s waiting for us to commit fully to Him and to surrender our wills to His. “Therefore, the Lord longs to be gracious to you, And therefore He waits on high to have compassion on you. For the Lord is a God of justice; How blessed are all those who wait for Him.” Isaiah 30:18

Ever since I retired in May 2014, I had been waiting. Although I knew it was time for me to step aside in my work, I didn’t know what God would have planned for the rest of my days. Getting older is confusing. So much of our lives is prescribed—we grow, we go to school to learn, we get jobs, we get married, we have children, we move for new jobs, etc.—each step comes along and we follow it as it comes. Then at some point, things become less clear. We start to wonder, what’s next? Is there any purpose in my life from here on? Does God still have a plan for me or is He done using me? Nothing in my Bible tells me He is ever finished with me, so why does it feel like He is? The answer kept echoing back to me through Bible studies, messages and discussions with friends—wait, commit, obey

Early in 2016, an opportunity came for me to go to Thailand as part of a mission team. I entertained the idea and tried to convince myself that I should go. It was a great trip, a good opportunity for me. My husband had gone to Thailand on a very similar trip about ten years earlier and it was life-changing for him. I had friends from Thailand in college and so many things seemed to be reasons I should go. But I really didn’t feel God leading me in that direction. After a couple months, I decided not to go to Thailand. So, I waited. I continued to ask God what He had for me at this stage of my life. There was nothing wrong with my life. It is rather easy these days, with the exception of the times spent babysitting my grandkids, which is a labor of love and yet is exhausting. I can pretty much do whatever I want to each day. Why the confusion? Isn’t this what everyone wants?

In September, I met a woman named Pippa. She was visiting our church from South Africa to talk about a ministry called Home From Home. I knew about this ministry because our church had been involved with Home From Home for about ten years. We had mission teams who had gone to South Africa every year to do repair work on homes and to minister to the orphans who lived in them. I met Pippa briefly and unexpectedly while I was talking to a friend. Shortly thereafter, I found out that Pippa had talked to Jacqueline, our Women’s Ministry Director, about a trip to Cape Town to work with the women who were house moms to the orphans. Then it happened.

One evening sometime in November, after our discipleship group had met, Jacqueline said she wanted to talk to me. She asked if I would go to Cape Town with her and two other women to do women’s ministry. This time there was no confusion. I knew immediately that it was what I was supposed to do! But really, Africa? I remembered doing a sketch, “Please Don’t Send Me to Africa” for a missions dinner. The song that accompanied it echoed in my mind. God does have a sense of humor. I asked for some time to consider it, but I knew it was His plan. I talked to my husband and he said he wouldn’t stand in the way if it’s what God wanted.

No more waiting, it was time to get busy. My passport had expired and I needed to get it renewed! There were meetings to attend and there were installments to pay. For the next two and a half months, planning for my trip took priority. Christmas spending would be less to pay for the trip. There were immunizations to be had! There was a goal, to have everything done and to be ready to travel on February 9. A couple weeks before that date, I realized that the Thailand team was leaving on the same day! If I had committed to that trip early on, I wouldn’t have been able to go to South Africa, a trip that hadn’t even been planned when I first considered Thailand.

God, in His omniscience, knew that there would be two trips at the same time, and He wanted me to go to Africa. That’s why He didn’t give me a peace about going to Thailand. That’s why He had me wait. So, I went to Africa.

There were two flights totaling 20 hours in the air. In addition to time spent traveling to and from and in the airports, we traveled for two days. We got to our hotel around midnight, but it was 2:30 in the morning when we finally got into our room. We were tired. My feet and ankles were swollen. We went for ten days with little more than five or six hours of sleep a night. I have many memories of the trip, but one thing I learned was that in the Xhosa language, my name, Linda, means “wait”. Oh, the irony of it all. 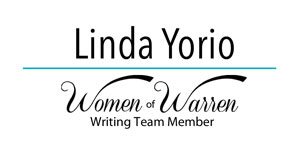