Home / WOW / Lesson From A Warrior

Lesson From A Warrior 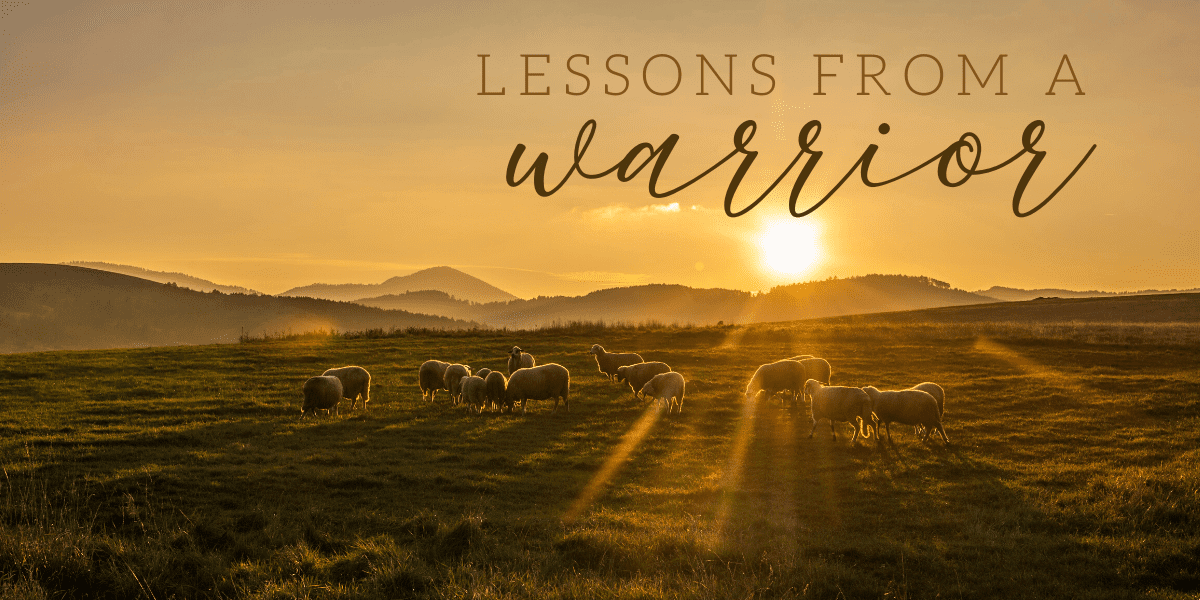 There are not many days that pass where I do not think about the life of David. When I was very young, I learned about David and Goliath; that even though I was small, my God was big. I read “A Tale of Three Kings” and wept over the comparison of my life to Saul, David and Absalom. Countless mornings I have prepared my heart to lead worship by praying through the Psalms, continually commanding my soul to worship the Lord when (truthfully) I have often felt like folding my arms and pouting.

In fact, David is so often on my mind and in my conversations that those who know me well will find it no surprise that I have learned yet another lesson from his life. I tend to laugh at those who think the Bible is outdated or irrelevant when it actually holds the answers to our constant questions. It’s like taking an open book test and deciding not to bring the book to class. So, if it’s fair to assume that you are well acquainted with the story of David and Goliath ( 1 Samuel 17 ), and that you and I have our own versions of Goliath we encounter, it seems it would be a good battle plan to have the knowledge of how David beat Goliath.

Spoiler alert: it didn’t happen in a day.

1. David Lifted His Eyes. We meet David as a shepherd boy staring at sheep all day. Small, smelly, dumb, timid sheep. Every day he stared at the backs of sheep, constantly guiding them, correcting them, and herding them from one place to another. But what was David’s focus? He lifted his eyes to the hills. The beauty of nature, the gift of song, the brightness of the day and the coolness of the evening. When David was tending the sheep, he was dodging the curse of comparison. He was the anointed one, walking through dirt and mud and fulfilling his purpose. Sound familiar? We aren’t promised the palace on this side of Heaven, but we are promised fullness of joy in the presence of Jesus. Where are your eyes focused?

Remember, the person who is the most positive is the one who is determined to encourage other people instead of being consumed with being encouraged themselves.

2. David Believed in the Face of Danger. If you’ll recall, David wasn’t always minding the sheep while he was in the field. He was also breaking the jaws of a lion and killing a bear! I have little experience with wildlife, but I can guarantee this took great courage and accuracy. It tells us that David’s time in the field was not wasted, it was target practice. It also tells us that there were opportunities that he was able to seize because he was both prepared and equipped. You may not have faced a “Goliath” but are well acquainted with “lions and bears.” Know that each step of your walk with the Lord is filled with great purpose…nothing is placed in your path by accident or coincidence. David’s time in the field was a developmental prerequisite that required trust in God and a deep confidence in the plan of God for his life. The time of his anointing was not the time of his appointing.

3. David Valued His Responsibilities. I’ll admit, the first time I thought about David in the field with sheep, my childhood brain imagined Little Bo Peep with a parasol. It also seemed so strange that God’s anointed would be delivering lunch for his brothers who were professional military men training to fight in a war. But what I love about this picture is that David was a willing servant. He wasn’t embarrassed, he didn’t complain. He respected his father’s request. His position in life at that moment was one of servanthood and it ended with him leading the nation to victory against the Philistines. David had determination, correct heart posture, bravery, vulnerability and trust in his relationships. In the will of God, there are no forgotten roles. Lunch delivery boy? King of Israel? Same person.

4. David Knew His Cause. When David arrived at the camp to bring his brothers lunch, we read that the soldiers were “greatly dismayed.” Sound like a winning team? David surveyed the situation and stepped out in great confidence, equipped with what he had spent time learning in the field. “The Lord who delivered me from the paw of the lion and from the paw of the bear will deliver me from the hand of this Philistine.” 1 Samuel 17:37

It’s not conceited to be courageous because our God has not given us a spirit of fear. David knew the calling God had placed on his life which planted him firmly in the ground of his purpose. Don’t underestimate your calling and what the Lord has planned for you. If you aren’t yet planted firmly in the ground, I challenge you to dig deeper.

5. David Thought Independently. This one is tough, and I don’t want to be misunderstood. We need a longing and dependency on God and His Word, but we must free ourselves of our dependency on what other people think of us. We need to stop living in fear of people that don’t affect our purpose. If it’s people that establish us, it’s people that will destroy us. David wasn’t killing giants and animals to brag to his brothers about it seeking approval. He was trusting the Lord and seeking to glorify Him! When we feel temptation to do the things of the world that might “feel right” or “look more appealing,” we need to come back to our calling. And when the ground feels shaky and uncertain, God is gracious and gives wisdom to those who ask for it.

6. David Ran Towards His Giant. 1 Samuel 17:41-50 reads like an action movie. Battle lines are drawn, opponents facing each other and to look at size and stature, a clear winner has been assumed. David has rejected Saul’s armor and stands clothed in bravery. Bravery means you DO…bravery is authenticity and action. We read that after David ran and defeated Goliath, then everyone else around him (previously “greatly dismayed”) became courageous and the entire Philistine army was defeated. David didn’t earn a participation award, and neither do we.

We are each marked with a calling that is for the advancement of God’s Kingdom, which means our stories are not for our self-gratification. We are joining a greater chorus of those who know that victory is only ever in Jesus. He has assembled us in specific times and places for our good and for His glory.

He anointed us, set His seal of ownership on us, and put His Spirit in our hearts as a deposit, guaranteeing what is to come. (2 Cor 1:21-22)

Seek out and celebrate the beauty around you, even when circumstances obscure your view. Spend your time of preparation wisely and be willing to make sacrifices during. Don’t compare yourself to others and wonder if you’re “winning.” Make sure the light that is in you is greater than the light that is on you. Run the race set before you, and know that because of Jesus, there is victory. And don’t ever, not for a second, lose sight of the purpose and calling placed on your life. 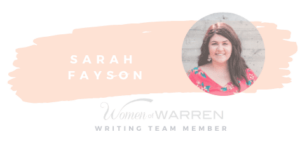