Home / WOW / May the Words of My Mouth

May the Words of My Mouth 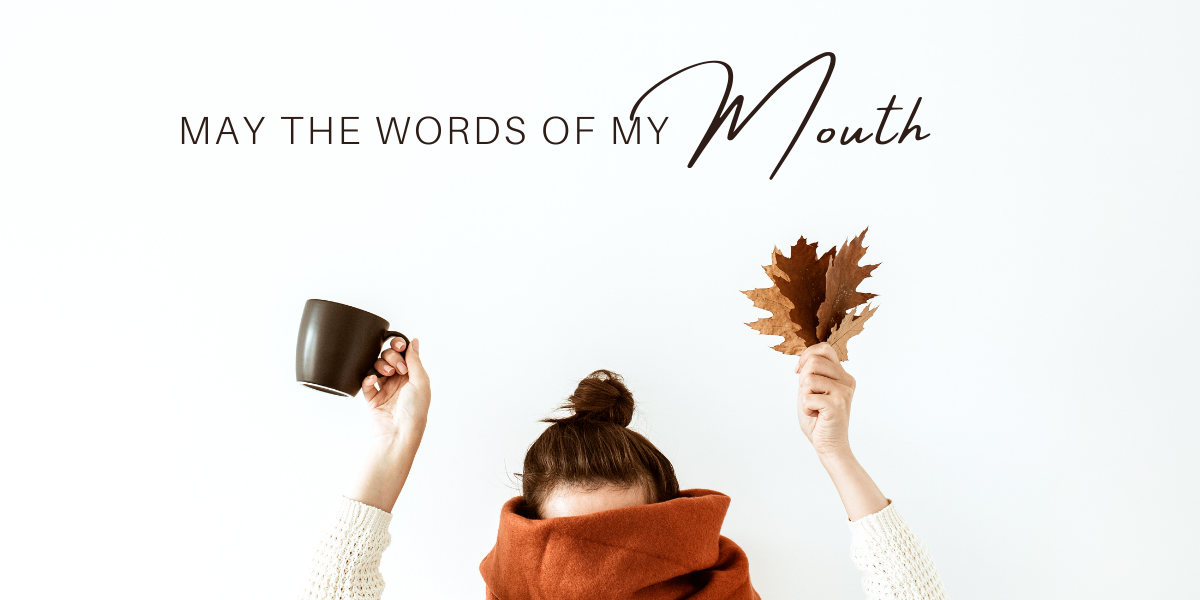 I had grand ambitions in high school to be fluent in Spanish. All it took was a teacher telling me I had a knack for imitating words and accents, and I thought “I’m going to be bilingual.” Those ambitions were soon shattered once different tenses were introduced. As it turned out, my “knack” for foreign languages was the simple phrases and grand hand gestures. At least I can ask “Where is the bathroom?” if I’m ever in Mexico or Spain. You know, the important things.

Even with my mediocre grasp of Spanish, there was an interesting process I noticed with the more I learned. During my years in college, I was required to take a foreign language. Since I already knew some Spanish, it seemed like the natural order of things to continue. There I would be, two times a week for an hour and fifteen minutes, speaking only in Spanish and then I would leave class for my next one. Overtime, I began to realize that while walking to my next lesson I was thinking in Spanish.

Shocked, I wondered at this and found it interesting that when I was immersed in Spanish, (where the only option to speak was in Spanish) I began to think in Spanish.

So, now it’s time for us to process a different kind of language. The language of the Holy Spirit revealed in the Word.

Do not be conformed to this world, but be transformed by the renewal of your mind, that by testing you may discern what is the will of God, what is good and acceptable and perfect. –Romans 12:2

Only in the Word are our minds renewed and transformed. Any time we spend with the Lord in His Word, learning the Scriptures, and praying, leads to a new language. The language of the Spirit.

Have you ever had a moment where you are in the midst of an internal debate? One part of you is thinking one thing, but then there is a resistance that rises up and speaks differently. That resistance speaks of peace and sacrifice of self, and we know that this is not the natural language of humanity. For my innate language is selfishness, it is me above all others. But when that other voice, that mysterious stirring of the Spirit rises, it is a language that is not of this world.

This happened to me earlier this year. I was walking with a loved one through a very difficult situation, praying and asking the Lord for help daily. Honestly, I was growing weary, I was tired and ready to give up. My selfishness arose, I thought “I’ll just let them deal with all of it today. I’m tired. They can manage, and it doesn’t make a difference any way.”

See…selfishness. That natural language of my wants, my desires, my ways, and my, my my, was on the rise. I was sensing the false entitlement and I wanted to be noticed. I was ready to lean into stubbornness and quite frankly, bitterness.

But then … it just so happened that I looked at my wall and read the Scripture I had placed there nearly a year prior.

Love is patient and kind; love does not envy or boast; it is not arrogant or rude. It does not insist on its own way; it is not irritable or resentful; it does not rejoice at wrongdoing, but rejoices with the truth. Love bears all things, believes all things, hopes all things, endures all things. Love never ends. –1 Corinthians 13:4-8

The language of the Spirit is a laying down of self. It is a reliance on Him, the One who is love.

And so, I did what I felt called to do. I placed my selfishness down and encouraged this person assuming nothing would change. And what happened? I received a text later that morning in response, “Thank you, and thank you for always encouraging me. I need it.”

Too often I ignore the language of the Spirit for selfish gain, forgetting that the Lord has placed certain people on my heart for a reason. Are we not to encourage one another in the Spirit? Why then do I so often look inward?

Today I want to encourage you to spend time in the Word, learning His language. I believe it is a way of speaking that won’t be perfected until we leave this world to be with Him in glory. But, I want to be found trying. I want to be a woman who is struggling to learn how to take thoughts captive, who is working to renew her mind daily so that the words of her mouth overflow with hope rather than venom. For venom and deceit are my natural tongue, but as God’s daughters we are called to be unnatural in this world.

Allow me to leave you with one more thought. Just beneath those verse in 1 Corinthians 13 come verses 11-13.

When I was a child, I spoke like a child, I thought like a child, I reasoned like a child. When I became a man, I gave up childish ways. For now we see in a mirror dimly, but then face to face. Now I know in part; then I shall know fully, even as I have been fully known. So now faith, hope, and love abide, these three; but the greatest of these is love.—1 Corinthians 13:11-13

Let us not be children, selfish in our language, but instead learn and speak the language of love. It is a great language, one of sacrifice and the laying down of self. It is His language revealed through His Word and by His Spirit, all for our good and His divine glory.

May the words of our mouths be foreign to a world of selfish language, for the greatest form of speech is love.