Home / WOW / Simple As That 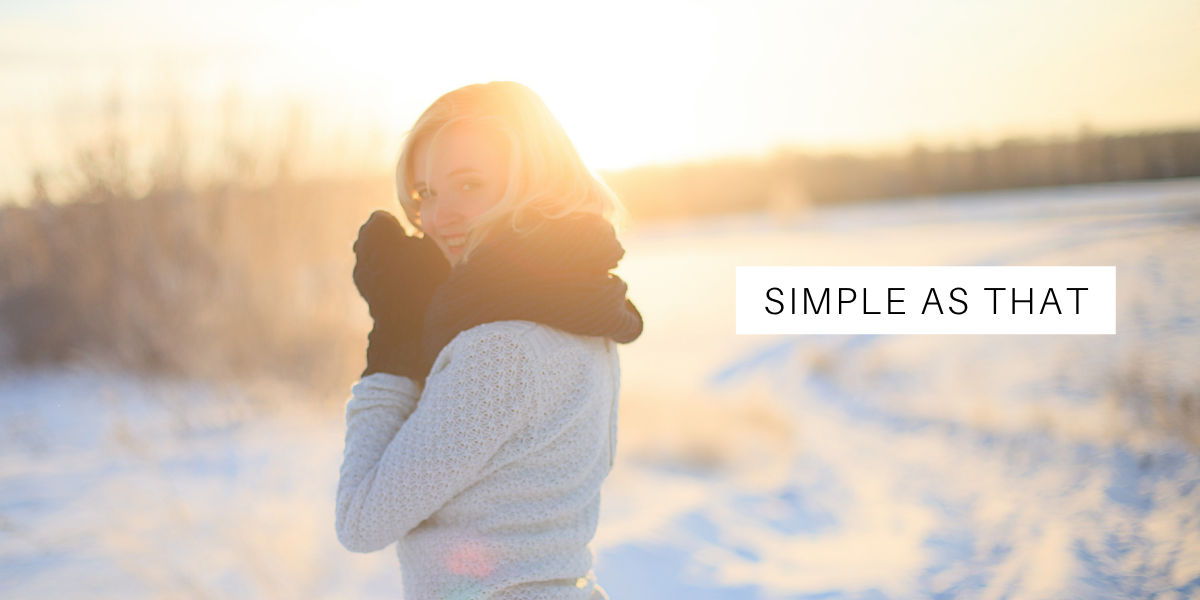 If there is one thing that the Lord worked on in my heart over the last year it is to cling to Him above all else. He has shown me that He is a God who hears, who sees, who knows and who works ALL THINGS together for the good of those who love Him.

Now, that message is completely opposite of what you see on the news or any media outlet in today’s day and age. If you look to the world, hope is non-existent. Doom is the currency of the time and media outlets are peddling it daily, trying to cause us to panic. But God …

Turn with me now to Revelation, that scary book where doom seems to be the common thread and judgement, the fear. I want us to read deeper and dig into the profound message of hope.

6 Then I heard what seemed to be the voice of a great multitude, like the roar of many waters and like the sound of mighty peals of thunder, crying out,

“Hallelujah!
For the Lord our God
the Almighty reigns.
7 Let us rejoice and exult
and give him the glory,
for the marriage of the Lamb has come,
and his Bride has made herself ready;
8 it was granted her to clothe herself
with fine linen, bright and pure”

—for the fine linen is the righteous deeds of the saints. – Revelation 19:6-8

Imagine it! Such a great multitude praising the Lord that is sounds like the rumbling of thunder, all the voices of God’s people joined together to praise the One who saves. Does this get you excited? Do you see the difference in this projection of the future compared to the world’s? Do you see the hope?

Would you like to know what I love most about this end (that will not end)? It’s the free gift of the grace, of blessing, of hope. Look at verse 8. What word stands out? Granted.

The Lord grants us with righteous deeds, He robes us in His righteousness by the shedding of His blood that we might draw near to Him.

There is so much in Revelation that I do not understand, and honestly, I don’t think we are meant to understand it all. Sure, there are signs and things going on now that could point to the end. But I also believe that the world has been giving us signs since the first records of history were made. The world is groaning beneath the weight of sin and the end is coming. We are closer now, but does that change my day to day?

We are to live each day for the glory of the Lord. He may return later today, tomorrow, a hundred years from now or a millennium…who is to know? But here is what I do know—Jesus called us to childlike faith where we trust Him and His gift of salvation.

It’s so simple the way the Lord calls us to trust Him. He is our Abba, and we are to trust Him, in all things and at all times.

I was reminded of this just the other day when watching my nephew and nieces interact with my sister. As their mother, she gives of herself so freely and sacrificially. She guides and leads them through the day as they learn and grow, but their lives are rooted in a deep bond of trust. The middle of the three was tired. So many events around Christmas, shorter naps and so much excitement had led to a worn out three-year-old. Tears suddenly filled her eyes and she looked around for her mother. Spotting her, she walked over and climbed into her lap without a word. Curling up against her neck, she closed her eyes and proceeded to drift off, her tears drying as she was comforted.

There was no explanation needed. She didn’t have to ask if she could climb into my sister’s lap, she simply knew she could. Childlike faith in her mother.

What then is my reaction to struggles and fear in life? Do I turn to the Father who is always waiting for me? Or do I look to the world … my fears, my doubts, my worries? Where is my comfort place?

See, there are so many who are stressed, terrified even, of what the world is saying. The message is “All is lost … doom is coming … the world is crumbling … panic now …” and on it goes.

But our God is greater than panic. He is a sure and solid foundation.

When people ask what I think of these things that seem to be the end, I don’t have great words of wisdom. I’m unable to read the signs, to dig deep into the Scriptural meanings of this word in Hebrew, or this in Greek … no, instead it’s just me and faith in the One who was on the cross.

You see, last year I came across something that has been at the forefront of my mind since I saw it. It is a short video (2 minutes) from a message by Alistair Begg called “The Power of the Cross”. In this message Alistair illustrates what it must have been like for the thief who hung next to Jesus on a cross, the one who was told, “Today you will be with me in paradise” (Luke 23:43) when he reached heaven. He didn’t have an answer for anything. He didn’t know about justification, sanctification. He didn’t say the sinners prayer, and he certainly hadn’t read all the Gospels (for they hadn’t been written), Revelation wasn’t written yet either, and yet, Jesus told the thief where he would be.

That thief was no longer a thief, he was simply a man who believed in Christ and our Lord and Savior saved him. That man looked to the Man on the middle cross and believed.

And isn’t that what we are to do?

We don’t have all the answers to the end times. We don’t know if today is the final day or if it is in thousands of years. All of the end is a mystery, but there is One that is not. The Man on the middle cross is our Savior and that will never change.

Blessed are those who wash their robes, so that they may have the right to the tree of life and that they may enter the city by the gates. – Revelation 22:14

He who testifies to these things says, “Surely I am coming soon.” Amen. Come, Lord Jesus! – Revelation 22:20

This is not the end, this is the beginning of a relationship with Him that will last for all eternity. And that, my friends, is quite the beginning!