Home / WOW / The Very Best Something

The Very Best Something 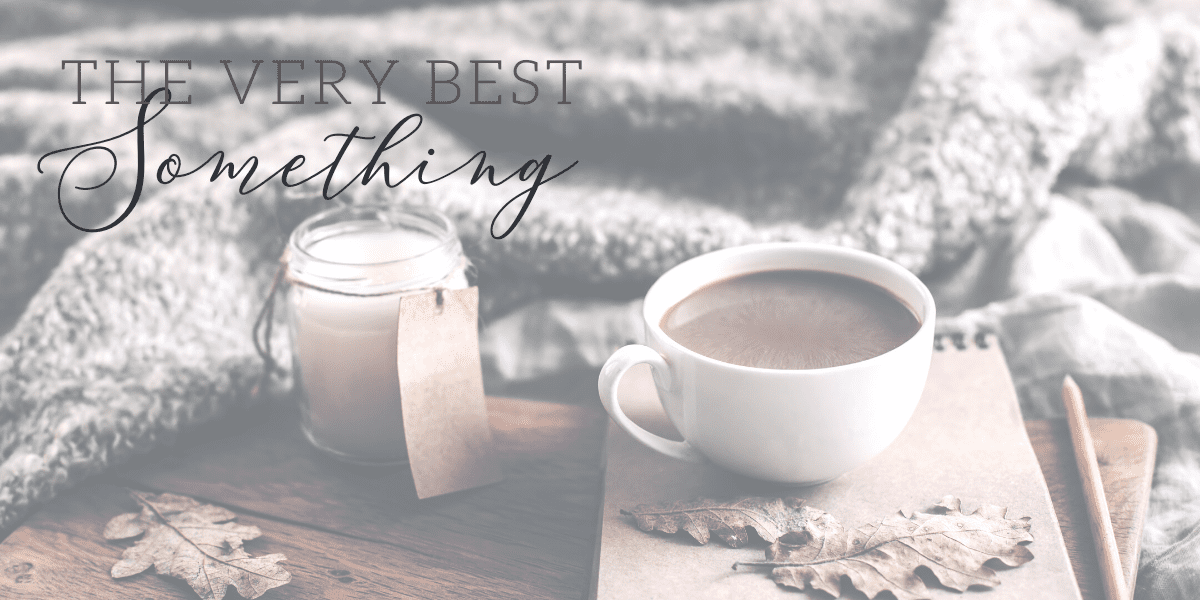 Sometimes the greatest ideas are born out of the sheer simplicity of living in the moment.

I come from a rather large family. I have three brothers, three sisters, and I’m somewhere in the middle of the mix. As you can imagine, there are moments when things in my family have been excruciatingly difficult, so much so that I don’t like to ruminate on those moments. Instead, I would rather focus on the fun times. The moments that were quite simple, and yet, they have become little treasures of memory—small lights that I can hold in my hands to remember that, just for a moment, we all could laugh together.

There we were, the whole family rolling down the long stretch of highway toward Disney World. Vacation was on the horizon, the magic of family time together in the air, but the only problem was we had to get there.

I don’t know who came up with the idea first, but it probably had something to do with the fact that all the kids were in one car and my parents were ahead of us. My older brother was driving and we were having a grand ole time when we decided to make flowing traffic a little more fun.

I remember writing on a piece of paper “WAVE IF BORED” all the while laughing. I don’t know how many signs we made, but it was enough to get our message across.

For a few hours, we watched this hilarity unfold. My older brother would time the speed of the car just right so when we were passing or getting passed, we could hold up those pieces of paper and point. What ensued was fascinating. One person in the other car, a stranger, would do a double-take, read the sign, and then read it again. They would smile and point, and then wave. They would laugh at our excitement and then turn to everyone else in the car and get them waving too.

I don’t know if it made a difference in someone else’s life, but I know it did in mine. For that small space of time, all of my siblings were together and we were having fun. It was simple, and oh so perfect. For just a moment our joy abounded, and I like to think we at least gave a few strangers something to laugh about.

This Christmas season has been different. Perhaps it is all of these changes or even frustrations that have been involved with 2020. But can I encourage you to do something? Keep it simple.

Little moments go a long way in the heart of another. In fact, I believe that the seemingly simplest things can create the most change.

Think of the Christmas story. A simple manger, simple swaddling cloths, simple shepherds…and the list goes on. But what seemed so simple changed the course of history. It was Jesus, the Light of the world (John 8:12) coming to save us.

When the angels went away from them into heaven, the shepherds said to one another, “Let us go over to Bethlehem and see this thing that has happened, which the Lord has made known to us.” And they went with haste and found Mary and Joseph, and the baby lying in a manger.  And when they saw it, they made known the saying that had been told them concerning this child. And all who heard it wondered at what the shepherds told them. But Mary treasured up all these things, pondering them in her heart. And the shepherds returned, glorifying and praising God for all they had heard and seen, as it had been told them. – Luke 2: 15-20 (ESV)

This year, I want to keep it simple. I want to be the kind of person who passes on the Light in this dark world. I want to share joy, to do the simple and be present with a smile.

Allow me to take a quote from the movie Christopher Robin. Here we find Winnie the Pooh and Christopher Robin walking along and Pooh asks Christopher what is one of his favorite things to do. Christopher says that is it doing, “Nothing.” Pooh asks him what he means and this simple, and yet, perfect conversation is what follows.

Pooh: “Ah, yes. Doing nothing often leads to the very best something.”

Isn’t that just the sweetest? Doing nothing, can lead to the best something.

It’s in the moments when we are simply together, simply being present, simply enjoying the moment, or simply choosing to be joyful, that we shine the most light. Our world is so dark and it needs Christ—the Light who brings life. This world has gotten “bored”, lost in the monotony or chaos, so why not for this year choose to share simple moments. Brighten someone’s day just for a moment. Wave, and get them to wave back. It could be a smile, a genuine hello, a helping hand, a “How are you today? No really, how are you?”, or even a “God bless.” It’s the shared simplicity and caring that can warm a heart.

You see, Jesus is the Light of the world, and the warmth of His love spreads farther than we can ever ask or imagine. My prayer for you today is that you would simply allow your cup to overflow with hope, so that Christ’s light will shine through you and reach someone who has lost their way, or forgotten what it’s like to truly live.

So together, let’s be simple this Christmas season and because of it, shine all the brighter!

May the God of hope fill you with all joy and peace as you trust in Him, so that you may overflow with hope by the power of the Holy Spirit. – Romans 15:13 (NIV)