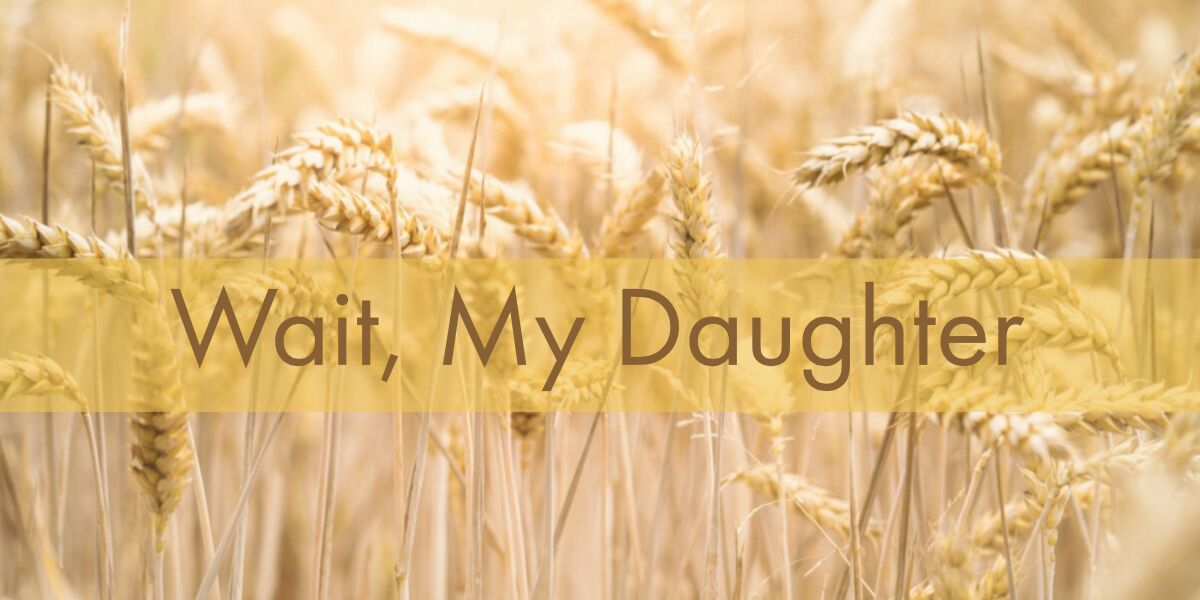 “You don’t need to breathe!” My coach yelled from across the pool in the middle of a set.

My immediate thought was, “I beg to differ!”, but I could only suck in a couple more breaths before plunging beneath the water.

I was in the middle of a conditioning exercise, one we completed at the end of nearly every practice. We would put on some fins and kick across the pool underwater. At the wall, you were afforded a brief ten seconds to fill your lungs before having to dive beneath the surface once more.  My lungs were always straining by the time we reached the twelfth lap, but I only had to make it to twenty. With the goal in mind, I was able to push on, press on—to make it through.

As much as I disliked this type of conditioning, I knew what it was doing. It was training my body to keep going even when oxygen was short. It was showing me the strength of my lungs and pushing me to a level I had never been to before.

Maybe you have played sports at some point in your life and you understand what I’m talking about. If not, I’m certain there is something in your life you’ve had to push through in order to train yourself to be better. Maybe it was academics or a skill set of some kind. We all have our gifts and talents and they only become better when tested.

But what about training the soul? What about those times when it isn’t something outside of yourself that you can push through? What about when your circumstances are so dire they press upon your heart?

Those are the times when it hurts. Tremendously.

At our Women’s Spring Dinner, Jacqueline took the time to tell you about some of the women in our ministry who have gone through some hard times. Maybe hard isn’t a strong enough word. What I mean to say is gut-wrenching, “why me”, “how is this happening” times.

One such woman is Jenny, a beautiful woman who exudes her love for the Lord. I have had the pleasure of getting to know her over the past year and asked if she would answer some questions for us. She did, and what she had to say took my breath away.

You see, Jenny admits that she had a plan. Don’t we all? Or am I the only one who at times gets into a conversation with God and says, “You see here, this needs to happen by next year, because then I can…” and so it goes.

But I forgot to mention that isn’t a conversation, that’s just me prattling on and thinking that my plans are greater than His.

Jenny says, “We began to set our plan to have children. What we failed to realize at the time was just how naïve we were. We had a five-year plan that we were trying to engineer—we were engineering our lives the way we were trained to engineer in our careers.”

She had a plan, but something else happened. She says that within a matter of words, her hopes of carrying a child were dashed.  “I would never know what it was like to carry a child inside of me, to feel them move and kick, or even have the dreaded labor pains.”Dual infertility became her and her husband’s reality and the grief was unbearable to her. “I did a lot of things wrong to get through this season of our lives.  I buried myself in my career and I buried a lot of emotions.  I hid them well, even from my own family. Every pregnancy announcement, every baby shower, every Mother’s Day at church for five years wreaked havoc on my emotions. ”

There is a natural tendency for us to want to see the happy ending, to see the heroine make it through her struggles and come out on the other side. It would be a terrible thing if I left you right now only knowing how Jenny felt and not what transformed over time. She made a change by letting go and casting her cares upon the Lord.

She says, “I went through so many stages of grief until I finally TRULY surrendered it all to Jesus in action and not just words … God was always there waiting for me to reach for His hand, I just had to be willing to take it again.  I had doubted Him—the one I grew up knowing to be so good. He wasn’t giving me the one thing I thought He had designed my body to do.  I prayed…A LOT.”

Jenny’s circumstances didn’t transform in the blink of an eye. Her burden was still the same, but it became lighter as she gave this worry over to God. Now looking back, she sees the beauty in what He has made. She has a son that she and her husband have adopted and adore, “I’ve learned that [God] doesn’t cause our pain—He didn’t want infertility for us and He didn’t want an unplanned pregnancy for another young woman. But He is a good God, and He will take all of our ashes and turn them into beauty when we surrender to Him.”

How amazing is it to see Jenny still serving the Lord? To hear how this struggle has made her stronger, to know that you can grow stronger too?

Doubt is such a thief and it makes us turn away from the only One who can give us a breath of fresh air. The Lord is the only one who can lighten our burdens. He doesn’t say that He will take them away, but that He will help.

Perhaps you have read the book of Ruth. It is one of my favorites and recently as I was going through the short story of grand faith I came across a phrase spoken by Naomi. Up until this point, Ruth has been loyal, following her mother-in-law and caring for her. She has declared, “For where you go I will go, and where you lodge I will lodge. Your people shall be my people, and your God my God. Where you die I will die, and there will I be buried. May the Lord do so to me and more also if anything but death parts me from you” (Ruth 1: 16-17).  Her loyalty is founded on something outside of herself. But as she sees the prospect of Boaz, she comes to Naomi in chapter three and shows what Boaz has given them. Naomi sees what this could mean and declares “Wait, my daughter until you learn how the matter turns out… (Ruth 3:18)

What wonderful advice. Who else needs to hear that today? I don’t just have one hand in the air, but two, because I need those words as much as air. Sometimes you simply don’t know why you’re going through a valley. It doesn’t make any logical sense. It doesn’t seem right, and yet, Jenny had an answer for this too.

She says, “I’ve learned that life doesn’t go as we plan, but it always goes as God plans.”

And this is coming from a woman who has endured dashed hopes of ever carrying a child and a time when all hope seemed lost. But she looked up and saw the One who gives hope. She prayed and felt His presence, she trusted Him again.

That is my prayer for you today. I don’t know what you’re going through. It might be something so big that you can’t see the other side, or it might be something simpler, a monotony of sorts. Whatever it is, if you are still reading this, it probably hurts and you may not understand why.

What I can hope is that you see this as Paul does, as training for what is to come. As training to rely on God above all else, for that is the goal we strive for.

Don’t let the world tell you, “You don’t need to breathe!”.

You need air, you need the Lord as your strength. Take a moment to look up, to breathe, and to press on. It doesn’t mean it will be easy or that the pain will disappear, but it does mean He is with you.

But one thing I do: forgetting what lies behind and straining forward to what lies ahead, I press on toward the goal for the prize of the upward call of God in Christ Jesus. (Philippians 3:13-14.)