When I Don’t Know What To Do 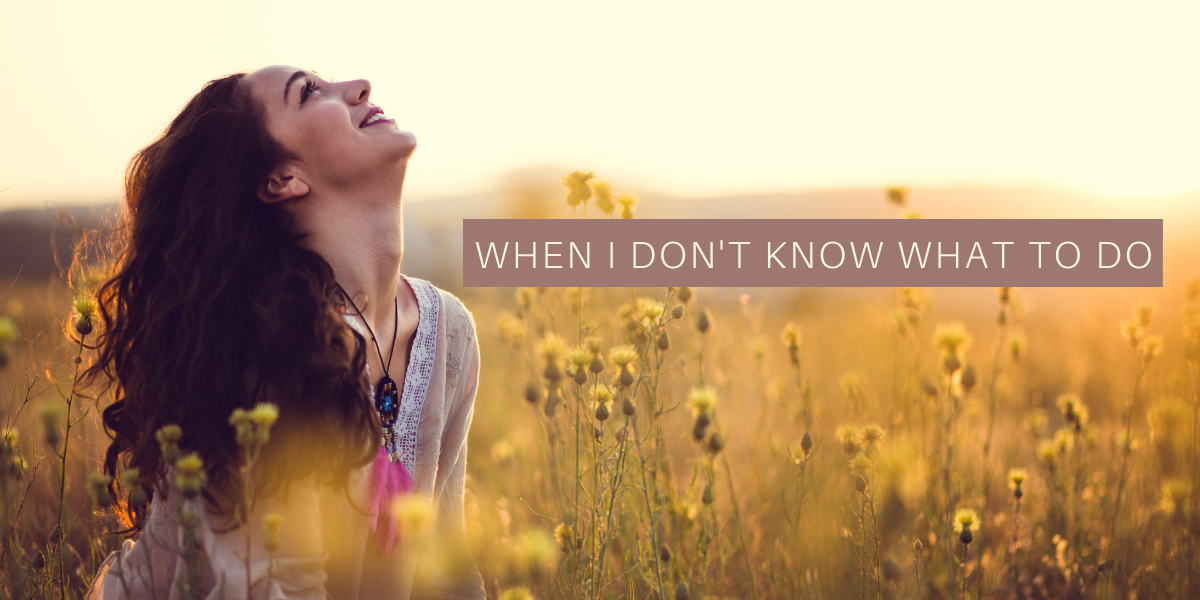 Sitting in my car in the parking lot of Publix, I pause and pour my heart out to the Lord.

“I don’t know what to do, Lord. I really don’t. I’m angry, frustrated, hurt, and confused. I feel like lashing out. With all my being I want to fight for justice in this situation.”

That’s the innate response of an Enneagram eight personality—fighting for what is right, fighting for those who have been wronged, taking a stand. I’ve learned in the five decades of my life, however, that I must wait for the Lord’s instruction before I am sent into battle. As much as I want to, I’m not allowed to just go.

So, I ask Him again,

Nothing. I hear nothing.

Just the calm and quiet of empty space.

And then, I hear the soft lull of a familiar song playing in the background.

My soul quickens at this all-familiar song. So often I have blasted this melody while driving in my car, and just as He has done so many times, God reminds me of my most powerful weapon in any battle.

Those are the weapons of war God is pleased to have me use in this moment.

Breathing in deep, I utter these words aloud.

“Lord, I open my hands and surrender this situation to You. You are Truth and You reveal Truth. You are Light, and You bring things that are hidden into the light. You are Love. You are Righteous and Just. You are Merciful and Kind. You are Faithful.

Then as a symbol of surrender, I open my hands. I open my hands and give my anger, hurt, frustration, and confusion to God. He’s really the only One who can fix this.

He knows what to do.

Have there been moments like this in your life? Moments when you felt helpless to do anything, even though everything within you begged to make something right?

I find great comfort in these words from Psalm 25:18 when I don’t know what to do:

The secret counsel of the Lord is for those who fear him, and he reveals his covenant to them.

The Voice translation says it this way:

Only those who stand in awe of the Eternal will have intimacy with Him,
and He will reveal His covenant to them.

Most of the time, though, I don’t get to know the fullness of God’s agenda. Often, He has me pray and keep silent, rather than defend or seek justice. At times He lets me go to battle, but only when my heart is fully surrendered to Him, and His Spirit is in control, not my flesh.

When I don’t know what to do, what can I do?

I can lift my hands.

I can sing His praise.

I can run to Him.

I can speak truth over the situation.

When I don’t know what to do, I DO know what to do. Will I do it? Will I trust Him to handle the hurt, the discouragement, the injustice, the anger, the wrong?