Home / WOW / You Will Walk Free

You Will Walk Free 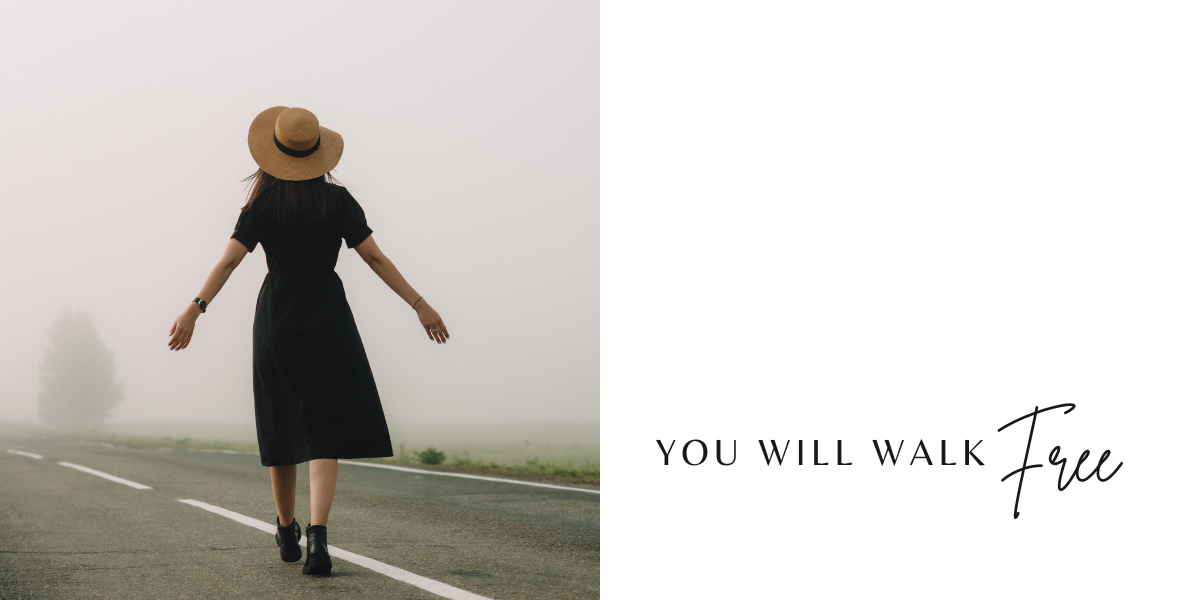 I’m a visual person. But not in the way you’re thinking. Perhaps there is a term for it that I’m unaware of—but my form of visual learning comes through words that create pictures. It is no shock to me as I tend to view and see things in this way. Perhaps it is a way of looking at the world through imagery. Finding a place of inspiration, places that connect themes and form a greater picture.

As we have been walking as a church through Genesis, and we are now focusing on Joseph, I found myself thinking about this thing that was called “The Pit”. What a marvelous title for a movie or a television show, perhaps even a book.

But it isn’t the pit that inspires thought; it is the action around the pit. The avoidance of falling in, the struggle of climbing out—the helping hands that pull a person to safety. All of these are images which come to mind when thinking of a pit, images of action, of story, of movement, of saving.

Now, let’s take a moment to look at Genesis 40 and Joseph’s story. Here we find Joseph in prison for a crime he didn’t commit, and he is interpreting the dreams of two men. One is the cupbearer of Pharaoh, the other the baker. Both men had dreams which I think include imagery that points to something much more profound.

Are there any images that come to mind? Images that push you to understand the promises of God in a different way?

The first things that catch my attention, are the elements mentioned in the dreams—the wine and the bread. Perhaps the body and blood?

The chief cupbearer tells Joseph his dream, “In my dream there was a vine before me, and on the vine there were three branches. As soon as it budded, its blossoms shot forth, and the clusters ripened into grapes. Pharaoh’s cup was in my hand, and I took the grapes and pressed them into Pharaoh’s cup and placed the cup in Pharaoh’s hand.” Now Joseph explains to the chief cupbearer that this means the man will be restored in the eyes of Pharaoh.

Did you catch some of the images there?

Three branches—the Holy Trinity. “There is one body and one Spirit—just as you were called to the one hope that belongs to your call—one Lord, one faith, one baptism, one God and Father of all” (Ephesians 4:4-7).

The grapes are crushed, turning them to wine—a wine which restores the cupbearer to Pharaoh’s side. Perhaps, this is the blood—the blood of righteousness that covers us and restores us in the sight of God.

Now, moving onto the chief baker we see a different sort of imagery. This one is gruesome, brutal. It requires death.

“When the chief baker saw that the interpretation was favorable, he said to Joseph, ‘I also had a dream: there were three cake baskets on my head, and in the uppermost basket there were all sorts of baked food for Pharaoh, but the birds were eating it out of the basket on my head.’ And Joseph answered and said, ‘This is its interpretation: the three baskets are three days. In three days Pharaoh will lift up your head—from you!—and hang you on a tree. And the birds will eat the flesh from you’” (Genesis 40:16-19).

Here we have a different result to a dream. Rather than being restored—a price is paid for the crime committed. The chief baker is killed and placed upon a tree.

Do you see the imagery here? For our sin, our offenses against God, we are to hang upon a tree.

But who hung on the tree, the cross, in our stead? Jesus.

“And He took bread, and when He had given thanks, He broke it and gave it to them, saying, ‘This is my body, which is given for you. Do this in remembrance of me.’  And likewise the cup after they had eaten, saying, ‘This cup that is poured out for you is the new covenant in my blood.’” (Luke 2219-20).

His body broken to pay the death we should all die. His blood shed to restore us in righteousness.

My encouragement through all of this is to dig deeper into the Bible. To wonder just why these images are placed there. Now, I am no scholar and I believe wholeheartedly that those dreams meant exactly what Joseph said the Lord showed him.

But do I also believe that words can have more than one meaning at the same time? Absolutely.

So I encourage you to look harder, to try and grasp passages of Scripture with new hands and new eyes. Ask God to help you encounter His Word.

Perhaps it might be the very thing that helps you while you are in the pit. When life seems as though the struggles have no meaning or purpose, remember God is with you, and that He has already paid the price.

After these things Joseph of Arimathea, who was a disciple of Jesus, but secretly for fear of the Jews, asked Pilate that he might take away the body of Jesus, and Pilate gave him permission. So he came and took away His body…Now in the place where He was crucified there was a garden, and in the garden a tomb in which no one had yet been laid. So because of the Jewish day of Preparation, since the tomb was close at hand, they laid Jesus there. (John 19:38,41-42)

Now there is Jesus, in a tomb, what some would call the most final of pits. But as we all know He walked out of that pit three days later—having conquered death.

Be encouraged today knowing that all pits will fall away. No matter what it is you are going through, nothing—nothing—can separate you from the love of Christ. Cling to His hand that reaches into the pit.

You will walk free.