Home / WOW / Love of a Lifetime

Love of a Lifetime 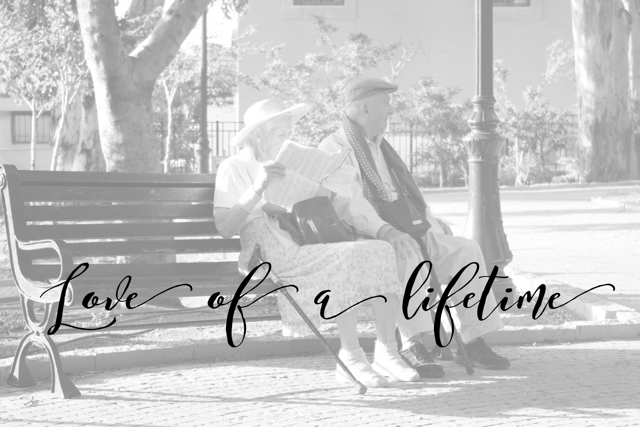 Love of a Lifetime

And walk in love, as Christ loved us and gave himself up for us, a fragrant offering and sacrifice to God. – Ephesians 5:2

In June my parents will celebrate their 45th wedding anniversary. It fills me with so much pride (not the bad kind) to be the daughter of such a legacy of love. But you know what I don’t like about this – that most people gasp or say, “Wow, that’s amazing,” because in today’s society it is almost unheard of. (It was almost unheard of for them on more than one occasion.) However, it truly isn’t just a legacy of love they have begun—it’s also legacy of commitment (to one another and to God). It takes so much commitment and love to make it through this knee jerking roller coaster called life. They have demonstrated that so well. Their story didn’t even begin 45 years ago; it began when they were in seventh grade. They have literally spent all but the very first few years of their lives loving and caring for one another and they truly are one flesh.

I’ve witnessed my parents deal with many heavy and unexpected issues in life. This isn’t really all that uncommon in marriage. Problems that are both in and out of our control are bound to arise in that length of time, but it’s how we handle them that really demonstrate our faith, as well as our commitment. My parents have lost three of their four parents, two at very early ages. They have had things that pulled them together, and things that have nearly torn them apart. They have had friends come and go. They have had family members turn their backs. They knocked on the doorsteps of divorce. You see, God ordains marriage between a man and a woman and He is the center of a Christian marriage, but much like our individual lives as Christians, that doesn’t always mean that it will be easy. We live in a fallen world and because of that we will suffer the consequences—all of us (because we are all sinners)—until Christ returns again.

The last five years of my parents’ marriage has been plagued with health issues. In 2013, my dad—the picture of health, non-smoker, non-drinker—suffered a massive heart attack. One minute he was working on a project, and the next he was within minutes of leaving us. As an only child and daddy’s girl, I’m not going to lie and tell you that I handled that well. I was angry and fearful. But I watched, as my mom remained steadfast in her faith; she never doubted God’s plans in all of that. She never left his side as she helped nurse him back to health. She took care of him, not out of obligation, but out of true love and commitment to him as the love of her life.

Now my mom is battling for her life with breast cancer. We all know from previous posts that I’ve had my good moments and definitely my share of “being angry with God” moments over her diagnosis. I’m peaceful and confident of God’s plans, but I’m also human. I don’t like that she has this disease, but she has demonstrated her faith in God in such a way that lives will be impacted in ways she will never know. And now my dad gets to have the role of caretaker. He never leaves her side and takes such loving care of her—again out of true love and commitment to her as the love of his life.

As their 45th wedding anniversary approaches, I’ve thought a lot about how much love my parents have for each other. How much of a commitment to one another and to God they have. It’s exactly what my husband and I desire in our own marriage. Yet it pales in comparison to the love that Jesus Christ has for us. He bore the cross we deserved in order to give us the life that we don’t deserve. And His love for us doesn’t end when our lives end; it goes on for eternity. The strongest of earthly and committed relationships are just a glimpse of what God desires to have with us, His children. 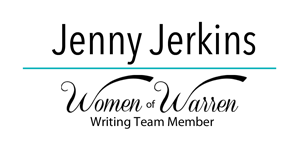