Home / WOW / The Weight of Words

The Weight of Words 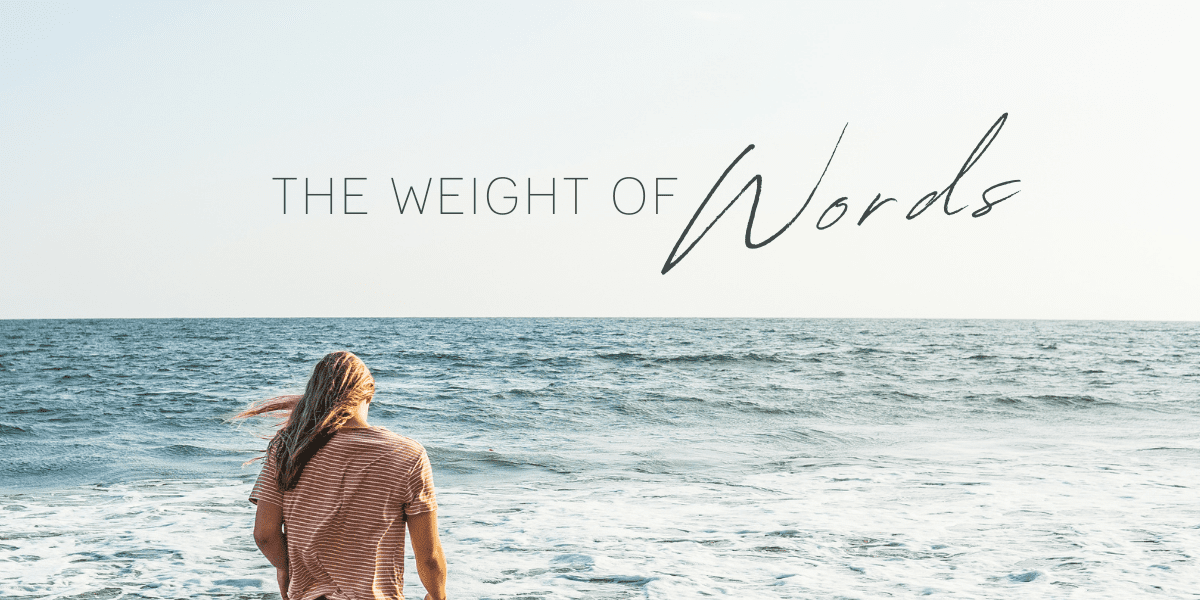 With an entire book of Bible devoted to the character of Job, we know him well. Married with ten children, he was wealthy and well-known as a blessed man. He was known as a servant of the Most High, “who fears God and turns away from evil,” not just by man—but by God Himself. (Job 1:8)

The hallmark of Job’s story begins at the eerie moment when Satan comes to God and challenges the loyalty of Job. He all but dares God to afflict Job with great pain. And God… removes a portion of his hedge of protection, and allows it.

I used to read this passage with a chill down my spine and a sick feeling in my stomach. How could God do that? How could he allow His faithful servant to endure such tragedy? Now I know God didn’t just know that Job would continue to trust Him, God also knew just how well He could sustain Job in every trial.

Though we are familiar with the person and testimony of Job, the closest individual to him is someone barely mentioned. Job’s wife is somewhat in the background except for chapter two. Following the tragic death of their children and the loss of their property, now to add injury to insult—Job is covered head to toe in horrible sores. As her husband sits at his lowest point to date, scraping at his own skin with broken pottery—Job’s wife finally speaks, not just from a place of hurt, but from a place of snarky bitterness.

Cleary, Job and his wife have both experienced terrible heartache; anyone would be reeling from the day they’ve just had. Still, it seems that while Job’s wife is familiar with the power of God, she seems unacquainted with the true nature of God. Few of us would truly blame her for having this weak moment, given all that they had just encountered. And surely there is more we do not know. Maybe she was a woman of tender faith in her younger years, but had since become someone who tasted the bitterness of constant heartache. Perhaps she simply took her eyes off the true character of God and believed Him to be vengeful and distant.

In her life she knew pain; perhaps the greatest pain of all was secondhand suffering.

Have you ever stood with someone you dearly love as they are pummeled by unfair circumstances? Maybe you’ve sat close by while they’ve been asked to endure countless pain— all the while wishing you could open a giant umbrella to shield them from the incessant rain pouring down upon their head.

To watch the suffering of one you love is often a much greater than ones own hardship because it leads to utter helplessness. Helplessness can cause us to forget all that we know to be true. Helplessness can take us down the path of choosing to believe the lie that God is absent. That He has forgotten us, and cares little for our current ache. Perhaps this helplessness is what Job’s wife felt.

But what if she hadn’t voiced her despair at that moment? What if she had measured the weight of her words and seen how they would further injure a man who was barely hanging on?

What if Job’s wife had chosen to wait a beat, take a deep breath— put her hands on his shoulders — look into his eyes, and say… something else? Anything or nothing else.

We would not undermine the pain in which they were sitting. This is no “bad day” situation. Satan was permitted to take Job’s children, his property, and his health. But in all that pummeled the life of Job, he kept his eye on his Maker. Job’s wife’s words ring as someone who either doesn’t believe God’s goodness or no longer cares.

And as an imperfect woman who loves deeply and who has known the hurt of watching someone I love suffer — I want more for Job and for Job’s wife. And as someone who has wrongly “vented” from a place of hurt, I know the sting of words I cannot take back. I desperately wish Job’s wife would have later come back on the scene, repentant and tearful. What a beautiful redemption it would have been for her to be nestled next her husband, when the Lord comes and answers Job out of the whirlwind. What would she have seen anew in the character of God who “numbers the clouds by wisdom,” and “satisfies the appetite of young lions?” Perhaps she could have had the life-altering look at the power and wonder of God that her dear, desperate husband did.

Whether or not she did, we cannot say for sure. The Bible is true and all its stories are true, but we don’t know much about the end of her story.

But I know that every time I read that brief bit of dialogue between these two heartbroken people, I ache for them both. Because perhaps we tend to believe that God is always good until what comes from Him feels the opposite of good, of loving, of kind. In observing what He allows, we often forget what goes on behind the scenes.

When the attacks of the enemy are steady and unrelenting, crashing up against all that we know of God, we would be wise to remember that He is always Sovereign. Always in authority, and never absent from the care of His people.

We are often quick to claim the blessings of God for ourselves and those we care for, but not always accepting of the “severe mercies” that also fall from His hands? In this, we are not alone.

Because even Job who knew and feared God, lamented the day of his birth.

Even Job who knew the goodness of God, needed reminding.

This is where we have the gift of ministering to one another. Every time we walk through a valley, we are given another avenue to speak truth. Every hard road we travel can give us further empathy for those who walk it just a few steps behind. We have a sacred responsibility that no matter how our own hearts ache, we do whatever we can to keep our eyes on the God who never leaves us. The God who does all things well, regardless of how unwell they may look at the moment.

Sometimes to be a minister of truth and grace means that we say a few well thought out words at the right time. More often it means we stay silent for a time and quietly walk the path alongside the suffering — weeping as they weep.

In all this we have the truth which Job knew. That even in the darkness, he was still in the presence of God. Even when all seemed broken and lost, the restoration that could only come from the hand God— was not far behind.