Home / WOW / In The Deepest Valleys

In The Deepest Valleys 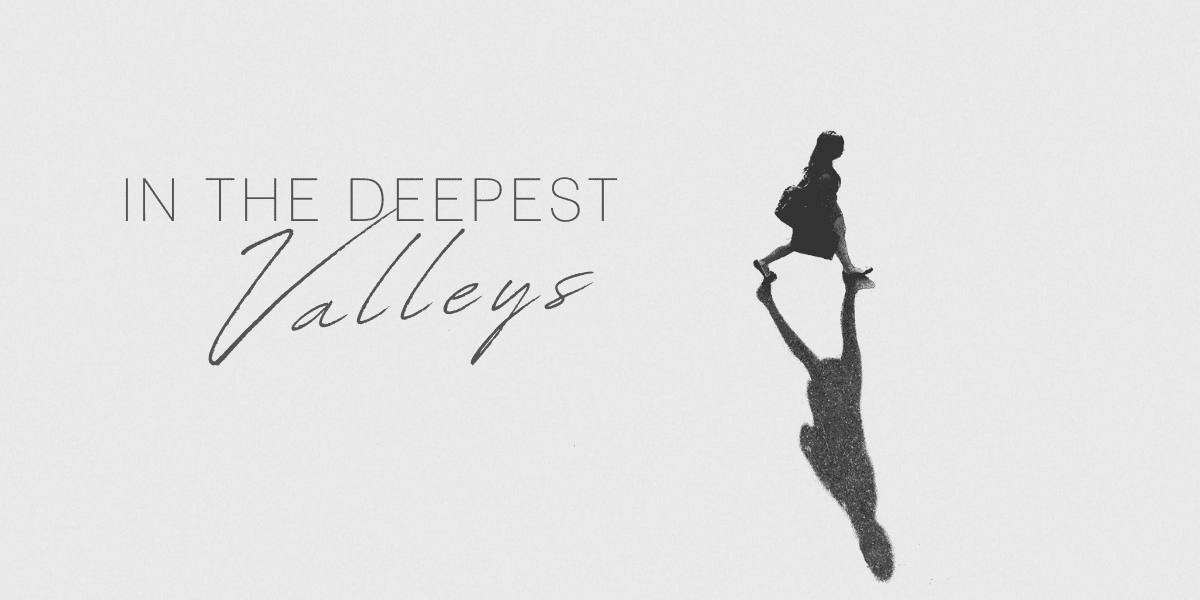 “Yes I will, lift You high in the lowest valley…” (Vertical Worship)

Today, as we continue to look at different women in the Bible, we are going to walk into a deep and dark valley—one of death and destruction, a valley where Satan likes to manipulate and pour on guilt and shame. Turn with me to John 8 where we find Jesus teaching in the Temple. The Word says that the scribes and Pharisees brought before Him a woman who had been caught in adultery, and they said to Jesus, “Teacher, this woman has been caught in the act of adultery. Now in the Law, Moses commanded us to stone such women. So what do you say?” (John 8:3-5)

I’m sure there were many different responses that the scribes and Pharisees were looking for. They came to do battle with Jesus, ready to trip Him up or catch Him in saying something wrong. To their minds they placed before Him an impossible situation, they wanted to see Him deal judgment on one who was guilty. She’d been caught in the act, so how could they be wrong in judging her?

But Jesus had a response that was far different than anything they could have expected. He took that which they used to point out the sin in another and turned the mirror back on the accusers.

Jesus bent down and wrote with his finger on the ground. And as they continued to ask him, he stood up and said to them, “Let him who is without sin among you be the first to throw a stone at her.” –John 8:6-7

Can you picture this moment? Do you see how calm Jesus is? How he bends down to write in the dirt while accusations are shouted about this woman. Can you imagine her humiliation to be brought before a crowd and seen as vile and dirty? The worst about her laid bare for all to see.

And what does Christ do? Does He shame and guilt her?

No. He calmly writes in the dirt and then turns His questions on those who accused the woman.

So calmly, Christ changes the tide of the battle. What was a public display put on for a crowd with finger-pointing, Christ so calmly disrupts by placing responsibility on the individual. As we read on, we watch as one by one these accusers turn away.

And once more he bent down and wrote on the ground. But when they heard it, they went away one by one, beginning with the older ones, and Jesus was left alone with the woman standing before him. Jesus stood up and said to her, “Woman, where are they? Has no one condemned you?” She said, “No one, Lord.” And Jesus said, “Neither do I condemn you; go, and from now on sin no more.”

Finally, this woman gets the chance to speak. There, in a deep valley of darkness, with her guilt laid before Christ, she has a moment to speak. And Christ, being the personal Lord He is, talks to her, one-on-one, face-to-face, presence-to-presence. This nameless woman has an encounter with the Lord that changes her entire situation.

Jesus, the perfect King, the only One who can cast a stone declares this woman to be free. He does not condemn her, but steps into the deep valley of sin and takes it upon Himself.

But allow me to draw you even deeper into this story. You see, I left something out at the beginning, back before this woman was even brought before Christ.

John 8:1-2 says, “but Jesus went to the Mount of Olives. Early in the morning He came again to the temple.”

Now pause right there. Do you know what lies between the Temple and the Mount of Olives? It’s the Kidron Valley. This valley was often referred to as the Valley of Death, for it is where the poor were buried (Jer 31:40) and where the ashes of burnt idols were discarded (2 Kings 23:6). Now picture Christ going to the Mount of Olives, He had to walk through the Kidron Valley, and again when He returned to teach, He walked through the Valley of Death again.

It is no small matter that He makes this same journey the night He is betrayed and is then led to the cross.

You see, Christ walks through the deepest valleys with us. He steps into the darkest places of our shame and guilt and leads us to the light.

It is for that reason, in all the struggle, in the pain, in the hurt, in the lowest valleys, that we can praise Him. For the woman in the story, is just a woman now. Though she is nameless she is no longer adulterous once Christ pardoned her. For none can come before Christ and say “I am guilt-free” but only after surrendering to Him can we rest in peace because His light shines forth and His love brings mercy.

It is then that we praise Him for He has spoken tetelestai over us.

My prayer is that you will spend time with the Lord today. Reveal to Him the parts of you that you are even too ashamed to admit. Bring it to light and let Him in. Let Him heal and redeem, for He longs to do so.

Lay them down one by one, for the Holy One who walked through the Valley of Death walks with you now.

Take time to read and pray through Psalm 23 below. At each promise of restoration and hope, praise Him.

The Lord is my shepherd; I shall not want.
2     He makes me lie down in green pastures.
He leads me beside still waters.
3     He restores my soul.
He leads me in paths of righteousness
for his name’s sake.

4 Even though I walk through the valley of the shadow of death,
I will fear no evil,
for you are with me;
your rod and your staff,
they comfort me.

5 You prepare a table before me
in the presence of my enemies;
you anoint my head with oil;
my cup overflows.
6 Surely goodness and mercy shall follow me
all the days of my life,
and I shall dwell in the house of the Lord
forever.